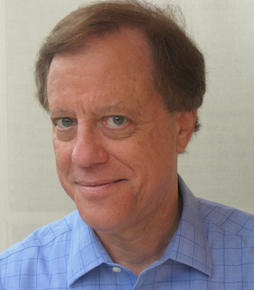 Title: Pathways to Health and Longevity

Health researchers usually think they are asking the question, “Why do people become ill?” but they are often really studying “Who becomes ill?” There is astounding variability in susceptibility to illness and in the speed and likelihood of recovery. Longitudinal research reveals why it is not random who enters and sustains healthy pathways.

Why do some people thrive well into old age while others become ill or die young? Health researchers often think they are asking the question, “Why do people become ill?” when they are really studying  “Who becomes ill?” There is astounding variability in susceptibility to illness and in the speed and likelihood of recovery. This talk focuses on our work with the longest continuous cohort study ever conducted, a group of over 1500 boys and girls who were first studied as children in the 1920s and have been followed ever since.
One of the participants, now age 104, is still working, recently told me that his wife had just turned 99, and asked when I was coming back to visit him. Are such matters relevant to a healthy long life? Examining multiple influences across time uncovers important long-term pathways through which personality and social relationships relate to well-being and long life. It also reveals the flaws in centenarian studies and the weaknesses of society’s approaches to health promotion and health behavior change.  Surprisingly, many aspects of flourishing or stumbling are not random or environmentally determined but involve long-term patterns partly brought on by the individuals themselves. The Longevity Project is an 8-decade study of these pathways to longevity­- who thrives and lives long, and why.

Howard S. Friedman is Distinguished Professor of Psychology at the University of California, Riverside. For three decades, he has studied psychosocial predictors of longevity, developing a scientific understanding of the “disease-prone personality” and the “self-healing personality.” His book The Longevity Project: Surprising Discoveries for Health and Long Life from the Landmark Eight-Decade Study is based on the longest, most extensive study of longevity ever conducted. It reveals the importance of psychosocial trajectories to good health and well-being —including conscientious personality configurations, healthy networks, stable family, and key patterns of physical activity and work.

In 2008, the Association for Psychological Science (APS) awarded him the James McKeen Cattell Fellow award, citing his research and ideas that are “changing how we think about the nature of health.” Friedman is also the recipient of the career award for “Outstanding Contributions to Health Psychology” from the American Psychological Association (Div. 38). He is an elected Fellow of the American Association for the Advancement of Science (AAAS) and the Academy of Behavioral Medicine Research.

Friedman is the Editor of The Oxford Handbook of Health Psychology, Editor of the Journal of Nonverbal Behavior, and Editor-in-Chief of the Encyclopedia of Mental Health. He is also known for his textbooks on Personality.